Skip to content
We are an Industry Leader in Coaching 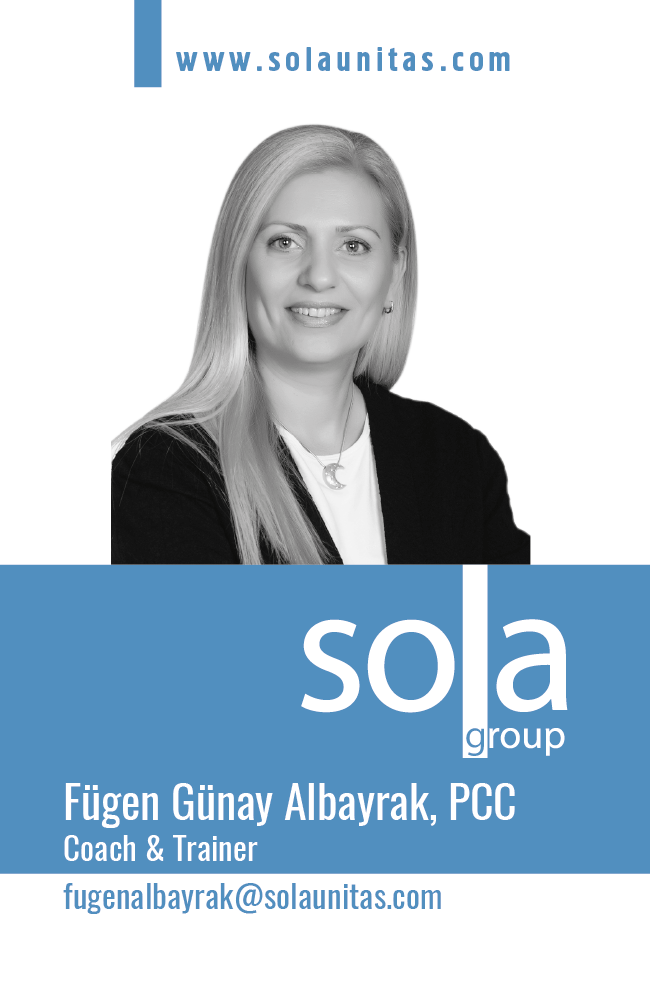 Fügen Albayrak, PCC, SCPC, CSF the graduate of Anatolian University Communication Faculty. She started her career in THY A.O Social Service Foundation and worked as a kindergarten teacher and later worked in the same institution as an executive. In 1990, she joined the THY flight crew and worked as cabin chef until she quit her position when she moved to Moscow. During her life in Moscow as an expat, she studied Business Administration American Touro Unıversity of Moscow

After returning to Turkey, she worked on some TV Channels as a reporter. She worked actively in projects and received an award in the Earthquake Awareness Project conducted by Kandilli Observatory and Ahmet Mete Işıkara.

After living in Kosovo and Cyprus she completed Advancing the Path to Core Coaching Masteries Program İn Sola Unitas Academy. She developed the Diagnostic Team Coaching brand and specialized in team coaching.

She holds PCC title approved by ICF (International Coaching Federation) in addition to being a certified practitioner of NEOPI-R. She works for the academy as a professional coach and trainer with her specialization on emotional intelligence, communication, adaptation, and sustainability. She is an active member of ICF Turkey and volunteers in social responsibility projects.